For patients with metastatic castration-resistant prostate cancer who experience disease progression on novel hormonal agents (NHAs) and androgen deprivation therapy, it is important to consider when the NHA was received and whether docetaxel has been administered, as these factors affect downstream options and sequencing. 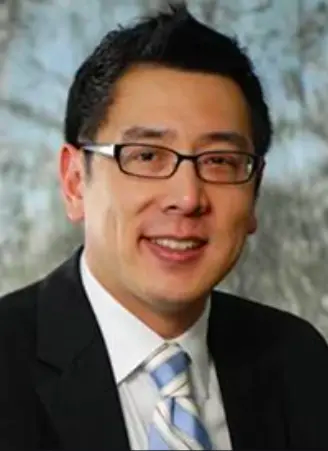 For patients with metastatic castration-resistant prostate cancer (mCRPC) who experience disease progression on novel hormonal agents (NHAs) and androgen deprivation therapy (ADT), it is important to consider when the NHA was received and whether docetaxel has been administered, as these factors affect downstream options and sequencing, according to Evan Y. Yu, MD.1

“Combination therapy for mCRPC has generally been unremarkable, [although we have seen] early hits for combining NHAs with PARP inhibitors,” said Yu, who is a professor of medicine and oncology and clinical research director of Genitourinary Oncology at Fred Hutch Cancer Consortium. “There are many options for patients who progress on a NHA, but [several factors go] into the equation [of what to do next] …There is no definitive pathway. Patient individualization, comorbidities, and your clinical judgement needs to be applied to every single situation.”

In a presentation delivered at the 2022 LUGPA Annual Meeting, Yu, who is also the medical director of Clinical Research Services at Fred Hutch, discussed different sequencing strategies that can be utilized for patients with mCRPC and the data that support each approach.

For patients with mCRPC who received NHAs like abiraterone acetate (Zytiga) or enzalutamide (Xtandi) in the first-line setting, Yu shared that the top second-line options are docetaxel or radium-223 dichloride (Xofigo) if the patient has bone metastases, does not have visceral metastases, and is symptomatic.

“If you have patients who have mismatch-repair alterations, hypermutation, or microsatellite instability, pembrolizumab [Keytruda] can be used here,” Yu noted. “If you have patients with DNA repair deficiency, like BRCA2, olaparib [Lynparza] could be used. But, generally speaking, I go with docetaxel or radium-223. A novel hormonal therapy switch is just not preferred.”

A multicenter, randomized, open-label, phase 2 trial (NCT02125357) conducted in 6 cancer centers throughout British Columbia, Canada, was designed to determine the optimal sequencing of enzalutamide and abiraterone in patients with mCRPC.2 Those enrolled to group A (n = 101) received abiraterone followed by enzalutamide, and those in group B (n = 101) received the reverse sequence.

“With that being said and done, if you’re going to go with back-to-back hormone agents, in terms of sequencing, abiraterone followed by enzalutamide is most ideal,” Yu noted. “But back-to-back NHAs yield poor results.”

Radium-223: Before or After Chemo?

The use of radium-223 comes with several considerations, Yu said. The agent can be administered to those with bone metastases and symptoms, but it cannot be given to those with visceral metastases.

There are other stringent eligibility requirements for the agent regarding “hemoglobin, platelet count, and white blood cell count or ANC,” Yu added.

Previous treatment with docetaxel is known to increase the likelihood of challenges with neutropenia and/or thrombocytopenia. Radium-223 requires preauthorization and docetaxel does not. However, there is a higher likelihood of being able to administer all 6 doses of radium-223 in the pre-chemotherapy setting rather than the post-chemotherapy setting.

“For pragmatic reasons, I kind of like the idea of trying to use radium-223 before chemotherapy if you can do it and the patient meets the criteria,” he noted.

“Precision therapy [should be used for these patients] when possible, not back-to-back NHAs because it yields poor results. If you have to do it, it’s better to go with abiraterone and then enzalutamide rather than [the reverse],” Yu said. “Radium-223 can be administered before docetaxel; there’s a survival benefit either before or after docetaxel, but the patient has to [meet the requirements]. However, if your patient has rapidly progressing disease, a PSA that is shooting up really fast, you restage them and their disease is really exploding on the scans, docetaxel is your best shot at a response; it should be the most frequently relied upon pathway.”

Considerations differ depending on how a patient enters into resistance to NHAs, Yu added. If a patient has M0 CRPC and receives an androgen receptor (AR) antagonist, the FDA-approved options are apalutamide (Erleada), enzalutamide, or darolutamide (Nubeqa).

“Although many of the options are the same, I think about things a little differently. Again, [I would go with] precision therapy, when possible. The difference here is, I would never do back-to-back hormonal therapies. I’ll never go to abiraterone in this situation just because the response rates are abysmal after an AR-targeted therapy,” Yu explained. “Again, radium-223 can be used here before docetaxel if the patient meets the [required criteria] but again, docetaxel is your best shot at response—especially if the patient is progressing rather rapidly.”

For patients with mHSPC who received a NHA in the first-line setting, but not a triplet regimen, second-line treatment options are similar, according to Yu. Again, he will use precision therapy, when possible. Radium-223 is preferable before docetaxel in eligible patients, and docetaxel should be the most relied upon pathway to increase chances of response.

However, a novel hormonal therapy switch is more acceptable for these patients if they started with abiraterone rather than apalutamide or enzalutamide; those who received abiraterone can switch to another AR-targeted therapy.

“The reason to switch them is if you think about how patients progress, they have hormone-sensitive disease and now they are starting to progress to castration resistance. They are coming in every 3 to 4 months for their leuprorelin shots, for example, and you are checking their PSA,” Yu explained. “The vast majority of these patients are going to progress asymptomatically, and a lot of them do not want to move onto chemotherapy or intravenous therapies. As such, I do this switch a little bit more often from abiraterone to enzalutamide.”

Pathway for Patients With mHSPC Who Progress on ADT, Docetaxel With or Without NHA

For patients with mHSPC who have high-volume de novo metastases and received ADT and either abiraterone/docetaxel or ADT and darolutamide/docetaxel, the following options can be considered:

A combination comprised of niraparib (Zejula) plus abiraterone and prednisone (AAP) is under exploration as a frontline treatment for patients with mCRPC with and without homologous recombination repair (HRR) gene alterations, as part of the phase 3 biomarker-selected MAGNITUDE trial (NCT03748641).3

To participate, patients needed to have an ECOG performance status of 0 or 1 and a BPI-SF worst pain score of up to 3. Patients were split into 2 cohorts, those positive for HRR gene alterations, and those who were negative. Within those cohorts, patients were randomly assigned 1:1 to receive niraparib plus AAP or placebo plus AAP. Radiographic progression-free survival (rPFS) by central review served as the primary end point of the research.

“That showed a PFS benefit for the biomarker-selected population – not overall, and not for the negative population,” Yu noted.

In the phase 3 PROpel trial (NCT03732820), the combination of olaparib at 300 mg and abiraterone at 1000 mg (n = 399) was compared with placebo and abiraterone (n = 397) at the same dose in the frontline treatment of patients with mCRPC.4 Investigator-assessed rPFS served as the primary end point of the trial.

Data showed that the combination of olaparib and abiraterone significantly improved investigator-assessed rPFS over abiraterone alone, with a median of 24.8 months vs 16.6 months, respectively (HR, 0.66; 95% CI, 0.54-0.81; P < .0001); this translated to a 34% reduction in the risk of disease progression or death and a median rPFS improvement of 8.2 months with the olaparib combination. The 12-month rPFS rates in the investigative and control arms were 71.8% and 63.4%, respectively; at 24 months, these rates were 51.4% and 33.6%, respectively.

“The subgroup analyses also look positive for both the biomarker positive and negative populations, which is very interesting,” Yu noted.

Lastly, as part of the phase 3 TRITON3 trial (NCT02975934), investigators are examining the safety and efficacy of rucaparib (Rubraca) monotherapy vs physician’s choice of docetaxel, abiraterone acetate, or enzalutamide in patients with mCRPC with mutations in BRCA or ATM.5

In a recently issued press release, it was reported that single-agent rucaparib significantly improved rPFS by independent radiology review compared with physician’s choice of treatment. Notably, benefit was observed in both primary efficacy analyses of patients with chemotherapy-naïve metastatic disease: in those whose tumors harbored BRCA mutations and the overall intention-to-treat (ITT) population.

That being said, we haven’t seen the breakdown of biomarker positive vs negative,” Yu noted. “Growing data support these kinds of combinations of PARP inhibitors and abiraterone or enzalutamide, even potentially in the DNA repair–proficient population. Overall survival data are not mature yet, so we have to wait and see.”