As the role of genetic testing in clinical practice becomes more prevalent for patients with prostate cancer to identify mutations, physicians must consider a variety of factors to determine which patients are candidates for somatic and/or germline testing. 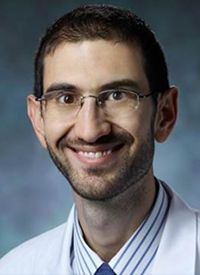 As the role of genetic testing in clinical practice becomes more prevalent for patients with prostate cancer to identify mutations, physicians must consider a variety of factors to determine which patients are candidates for somatic and/or germline testing, according to Emmanuel Antonarakis, MD.

In an interview with OncLive®, Antonarakis, the University of Minnesota Masonic Cancer Center’s Clark Endowed Professor of Medicine and Associate Director for Translational Research, in Minneapolis, discussed somatic vs germline testing recommendations and the therapeutic agents that are used for patients with genetic mutations. He also previewed his upcoming presentation on genetics at the Large Urology Group Practice Association (LUGPA) conference occurring November 10-12, 2022, in Chicago Illinois.

Onclive®: What main points do you want your colleagues to take away from your presentation?

Antonarakis: Genetic and genomic testing has become part of clinical practice for urologists, medical oncologists, and radiation oncologists [who are] managing [patients with] prostate cancer. I am going to cover some basics and review it for the audience. What is a germline mutation? What is a somatic mutation? Why are these germline and somatic mutations relevant for genetic counseling and therapeutic considerations? What type of patients should be tested for germline and somatic mutations and why does testing these patients matter [and] how does it inform our clinical practice? I am also going to end [the talk] with 2 caveats about interpreting a genetic testing report that may be confusing for some people and how to overcome the caveats.

How do patients stand to benefit from genetic testing?

The somatic mutation part is easy because for localized patients with prostate cancer, even those with pelvic lymph node disease, somatic testing is not generally recommended because there is no therapeutic intervention based on the somatic genetic information in that setting.

To close patients with metastatic disease, germline and somatic genetic testing is recommended for those patients primarily because of the therapeutic implications where we have at least 2 classes of drugs that can target certain genetic alterations and to counsel the patient about his family’s risk of prostate and other cancers.

How frequently is genetic testing currently used in practice and should there be an increased use in clinical practice?

Many urologists in large group practices are doing germline testing, especially for their high-risk, very-high risk, or lymph node-positive patients. This could be increased to encompass the 4 guideline recommendations, which is that all patients with high-risk, very high-risk, or locally advanced prostate cancer should undergo germline testing. There are many urology clinics and some oncology clinics in this country where patients are not undergoing germline testing according to the guidelines. We should all do our part to educate and increase the frequency of genetic testing for those patients who are appropriate to test.

At this time there are at least 2 classes of therapeutic agents which are used for patients with certain germline or somatic genetic mutations. The first [are] PARP inhibitors. These are drugs such as olaparib [Lynparza] and rucaparib [Rubraca].

We have 2 FDA approvals for these drugs in metastatic castration resistant prostate cancer. For patients who have mutations in genes, such as BRCA1 and BRCA2, there is a slight complexity in that olaparib is approved for a total of 14 gene mutations, whereas rucaparib at the moment is approved only for 2 genes, BRCA1 and BRCA2.

The second class of agents that has made its way into the therapeutic arsenal are PD-1 inhibitors, drugs like pembrolizumab [Keytruda], for patients with prostate cancer who have mismatch repair deficiency which is sometimes called microsatellite instability. For those patients, their tumors are very immunogenic meaning that they respond more favorably to immune checkpoint agents, specifically pembrolizumab, and that is an option for those patients with metastatic castration-resistant prostate cancer.

What is the main takeaway that you are hoping to impart to colleagues?

[A] main takeaway is to please consider at least doing germline genetic testing in the vast majority of prostate cancer patients. The only ones that you do not have to are the low-risk or very-low risk prostate cancer patients without any family history of cancers and without any Ashkenazi Jewish inheritance. For the rest, at least germline testing should be done, and for all patients with metastatic prostate cancer there are 2 therapeutic indications for obtaining somatic genetic testing and that should be done for any patient.