ADT Alone, With Docetaxel Is Not Enough: ADT Intensification Is SOC for Metastatic Castration-sensitive Prostate Cancer

Because androgen deprivation therapy alone or with docetaxel is not recommended for most patients with metastatic castration-sensitive prostate cancer, a decision must be made between leveraging couplets vs triplets. 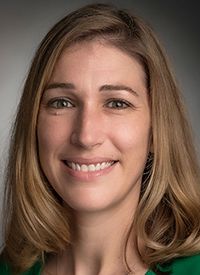 Because androgen deprivation therapy (ADT) alone or with docetaxel is not recommended for most patients with metastatic castration-sensitive prostate cancer (mCSPC), a decision must be made between leveraging couplets vs triplets, according to Alicia Morgans, MD, MPH. She added that the first factor to consider when selecting the optimal approach for each patient is whether they have high- or low-volume disease.1

“For high-volume patients, I always think about if the patient is fit for chemotherapy. [If they are,] I can give them that triplet therapy of ADT, docetaxel, and an androgen receptor (AR)–targeting agent. If they are not fit, then we might just do ADT and an AR-signaling inhibitor,” Morgans said. “If the patient has low-volume disease, we usually err on the side of ADT and an AR-signaling inhibitor and we have to decide about radiating the prostate. This is the decision tree that I think through.”

In a presentation delivered at the 2022 LUGPA Annual Meeting, Morgans, who is the medical director of the Survivorship Program at Dana-Farber Cancer Institute, and an associate professor at Harvard Medical School, said that the National Comprehensive Cancer Network guidelines have been updated, and it is recognized that ADT in combination with docetaxel is no longer recommended. “ADT alone is really not preferred here; it’s going to be a combination of a couplet or a triplet,” she said.

“The overall survival [OS] benefit [with a combination of ADT and an AR-targeted agent over ADT alone] was confirmed in multiple long-term analyses,” Morgans said.

“We know that ADT and abiraterone is going to provide a better survival advantage vs ADT alone,” Morgans said. “We certainly saw this with our other agents, apalutamide [Erleada] and enzalutamide [Xtandi], [as well].”

“So, what about triplet therapy? This is, importantly, going to be our combination that might be a little bit more toxic up front, but does seem to provide a bit of a bigger bang for our buck,” Morgans said.

When the Advanced Prostate Cancer Consensus Conference panel met in 2021, they were moving in the direction of ADT, docetaxel, and an AR pathway inhibitor for patients with high-volume disease, according to Morgans.

“Although [their vote] was split a bit, with providers at that time saying that ADT and an AR-targeting agent was really 1 of the preferred ways to go. Importantly, the vote happened after data from PEACE-1 [NCT01957436] came out, but before data from ARASENS [NCT02799602] came out. [I’m going to…] dig into these studies to familiarize everyone with why I think triplet therapy is something we should consider for a lot of our patients—especially if they have high-volume, de novo metastatic disease and fit for chemotherapy.”

The phase 3 PEACE-1 trial had a 2x2 factorial design and enrolled patients with de novo mCSPC with distant metastatic disease. There was an on-study requirement of continuous ADT, and those who received ADT up to 3 months were allowed to participate.7,8 Study participants were randomly assigned 1:1:1:1 to receive standard of care (SOC) comprised of docetaxel and ADT (n = 296), SOC plus abiraterone (n = 292), SOC plus radiation (n = 293), or SOC plus radiation plus abiraterone (n = 292). Radiographic progression-free survival (rPFS) and OS served as the primary end points.

“Importantly, you can see these hazard ratios are really strong, demonstrating that survival benefit,” Morgans noted. “I do want to emphasize again, this is a de novo mHSPC patient population, so we think this is a more aggressive phenotype.”

“ARASENS really suggests a similar advantage to this type of approach with a triplet,” Morgans said.

The international phase 3 ARASENS trial enrolled patients with newly diagnosed metastatic disease who had an ECOG performance status of 0 or 1.9,10 “A majority of patients enrolled did have high-volume disease, from what we can figure out from the baseline characteristics [shared] although this was not determined prior to enrollment, at least in the data that have been released,” Morgans added. “A majority [also] appear to have de novo metastatic disease.”

Patients were randomly assigned 1:1 to receive ADT plus docetaxel for 6 cycles and darolutamide at 600 mg twice daily (n = 651) vs ADT plus docetaxel for 6 cycles plus placebo (n = 655). The primary end point of the trial was OS, and key secondary end points comprise time to metastatic castration-resistant disease, time to initiation of subsequent anticancer treatment, time to symptomatic skeletal-related (SSE) event-free survival, time to first SSE, and time to pain progression.

“Here, again, we consistently see that differentiation and benefit of adding an AR-targeted agent onto an ADT/docetaxel backbone; there’s a clear and early separation of curves, demonstrating OS benefit [in the investigative arm],” Morgans said.

“ADT intensification for patients with mCSPC is the SOC; ADT alone is not enough. For treatment of patients with de novo, high-volume disease who are fit for docetaxel, I think this is the opportunity to use a triplet of ADT, docetaxel for 6 cycles, and either abiraterone, darolutamide, or enzalutamide as our partner, and we [should] continue that for maintenance. If a patient is unfit for docetaxel, they should receive ADT plus an AR-targeting agent,” Morgans concluded. “For patients with low-volume disease, there is not sufficient evidence to really push a docetaxel triplet, although we can offer it to really motivated patients. ADT and AR-targeted agent plus radiation to the prostate is really what I would recommend in that setting.”